Just because a bad day may have turned into a bad week doesn’t mean that we have done something to deserve the troubles we are faced with! All this could mean is, whatever has occurred in our life was just meant to happen exactly when it did and not a moment sooner or later. I know this does not make it any easier to accepted, but I promise life will continue moving forward in the order it supposed to.

My week started off incredibly aggravating because I was dealing with way too many hostile, spiteful and negative co-workers. Even though we are all on the same “team”, we do 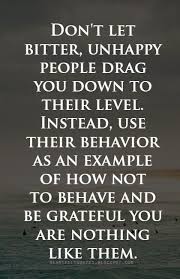 work on slightly different tasks. Now each person and each different task contributes to the success of the work getting completed accurately. The ultimate goal for everyone on the “team” should be to ensure the client receives their medication that keeps them alive on time. However, it seems like some of these co-workers get angry we with me because I am able to get more work completed in less time than they can. During one of their many complaint parties, I nonchalantly said how much I understood where they were coming. This was just a way to get them to stop their 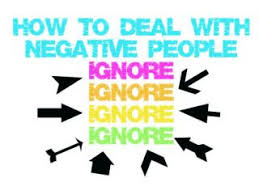 complaining and also let them see I also had struggled before.  When I was asked how I managed to do what I do as fast as I do it, I said I had to play with different ways of organizing before I had one that was perfect for me! Of course being the person I am, I shared with them my work-flow with details.

Even though dealing with several snide and bitter co-workers was not easy, it is far better than dealing with purchasing health insurance. I know I have already made my views about this topic perfectly clear, but I actually found out more horrendous

information on Thursday morning. If I were to go through my employer for health insurance the cost would be outrageous and that is an understatement.  My husband and I decided to purchase our own health insurance policy, well at least until he finds job that offers insurance at a more reasonable rate. We were both very pleased when we saw that the monthly rates and deductibles were far lower than the plan through my job. The plan I would get through my employer was going to only include myself and would cost about half my paycheck. The plan we can purchase would include both me and my husband and cost 21%t less than the one I could get through my employer.

The funny thing is, it isn’t even the cost anymore that has me so upset and disgusted because things got even worst. On Thursday morning, my husband and I were talking 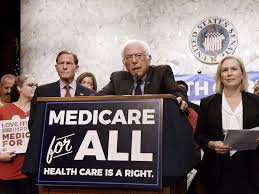 before I started work and he told me that the policy we can purchase will NOT cover pre-existing conditions until January. Y’all already know that I do have a pre-existing condition and I worried the day would come when an insurance company could discriminate against me for something I cannot control! It seems like insurance companies and the government want to punish people more that have a chronic illness and this is just NOT right! I think we are punished enough with what we already have to deal with. Maybe I am too emotionally close to this situation, but how the hell can anyone sleep at night when they are creating an awful situation for many Americans?

On Thursday, I ended up leaving work early because my pain and headache were at a high. I thought going home to rest would actually help me recover and feel better.

Unfortunately, I was wrong because no more than 5 minutes of being in the car, I was in an accident. The accident was not my fault; it was the fault of a young kid. We both had a green light, but he was “supposed” to yield to on-coming traffic.

In all the years I have been driving this was the most terrifying thing I have ever experienced. Things kind of went in slow motion before the cars collided with each other. I did everything I could to avoid the crash, but it wasn’t enough. When I realized the kid was not going to stop, I laid on my horn and my foot was

on the brake. My car is SO little and I know things could have gone much worst that they did, but it was still terrible. The sound the cars made when they made contact with each other, scared the hell out of me. I always act like a lady and try to be polite, but I got out of my car with furry and colorful language. The stupid and ignorant kid never even had the decency to apologize to me. The only thing this idiot said to me was, “We need to move the cars out of the road.” This was the first accident I have ever been in and I basically told him hell no, not until the police arrive. Honestly there were many more words than that, but I thought it was best to keep this a lot cleaner than

I know my first call should have been 911, but mine was to my husband. We live so close to where the accident happened and I needed him there immediately. Thankfully my husband got to me in less than 5 minutes. When I called 911, the dispatch lady did tell me to move the cars, but of course I took pictures first. I wanted the cop to see the end result and there to be no questions at all whose fault it was.

The end result was my car was towed to a car repair place and the kid drove away with hardly any damage to his jeep. I am going to need to get a rental car until my car has been fixed, but I am terrified to drive again. Two days after the accident, I am still very sore. Y’all know I am use to dealing with pain, but it has elevated drastically. I am doing my best to just rest because that is the only thing that will calm the pain down.

Another thing I must say is, if my husband wasn’t there with me at the accident scene I would have been way too shaken up to handle it. Even with him there I was inconsolable and just cried and shook. Later he told me he was worried I was going to have a heart attack. In an effort to make me feel better, my husband gave me a new crochet bag and hooks, which are so great!! He has also been very attentive and helpful! I do want to let y’all know that I am okay after this accident and only dealing with extra pain.

Unfortunately I think we have all probably had a bad day or even a bad week when nothing seems to be going the right way. There comes a time when we have that thought, “Why me?” or “What did I do so wrong to deserve this?”  Well the truth is, there are NO reasons at all and it is definitely not a punishment. My experience with negative people and greedy insurance companies is just part of life. Even though I don’t know what it is, there was a reason for the accident to happen. We have been discussing selling my little car and

getting me something that is much safer and maybe this accident was a push to do so!

Thank you for taking the time to visit my site today. I always appreciate your kindness and love reading your comments. I am sorry this post was SO much longer than I normally do, but I had so much to share with you.  I hope your weekend is going well and please be careful if you have to drive anywhere, it can be very dangerous out there! Please never forget that I am always sending y’all LOTS of love

, comfort, and may positive vibes! 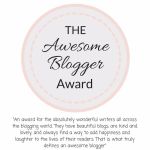