Sadly, struggles with healthcare in the United States are not only terrifying but also incredibly real. I am not trying to be negative but healthcare in the United States is a massive joke that is NOT at all funny! Recently I found out just how much insurance was going to cost me through my company and it is outrageous. This has caused my husband and I to start looking into buying our own insurance. This also raised my curiosity into what is really going on with health care within the country I am living in.

In 2018, the costs of health care in the United States skyrocketed drastically!  In an

analysis from the US Federal government, it was found that Americans would spend $3.65 trillion for health care. With this appalling amount for health care, it represents each person would spend $11,212. Breaking it down even further, 59% of the spending is going to hospitals, doctor’s appointments and clinical services. Even prescription costs have increased 3.3% over the years.  In my personal opinion, this is ridiculous and only shows sheer greed. According to data from the Organization for Economic Co-Operation and Development, spending on health care in the United States is by far the higher that any other developed country. 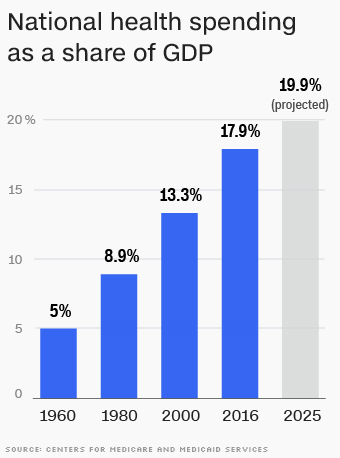 Brazil, the UK, Mexico, Spain, and Canada. Reports from the Journal Health Affairs have estimated an average annual growth rate of 5.5% just from 2018 to 2027. Now if things continue as they have been, health care will be 19.4% of the country’s entire GDP! Unfortunately, according to the Federal Reserve Bank of Atlanta, wage growth remains below 4% and yet insurance prices will only increase! This is wrong on so many levels and yet there is no one trying to fix this issue! Actually, there are a few people fighting hard to correct the madness and they are Bernie Sanders and Elizabeth Warren in the senate and a several other progressives in the house.

Even Private Health Insurance is only going up in price! Spending per person rose 4.5% between 2017 and 2018, even though the individual was already in the exact same insurance policy.

To say this is ludicrous is a HUGE understatement! Health insurance should not be a

privilege, but it should be a right! It is despicable the way this is being handled among pharmaceutical companies and our own government. There are so many people 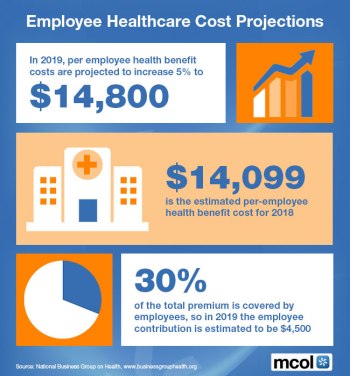 including myself that need insurance or we will never be able to afford the medications that the doctor prescribes for valid reasons. Many of the medications we get at the pharmacy are required so our illness does not progress at a rapid rate.

I think it is obvious I think it is a disgrace that all the pharmaceutical and insurance companies care about it how much money they can make and not about the well-being of others. What ever happened to humanity or did it ever really exist? Once upon a time, the United States was at the top for education and health care and now it is only at 27th in the entire world. It is pathetic that doctors do not care as much as they did years ago for their patients, but

now it is all about their paycheck! They get patient after patient, rush them without listening to anything their patient is saying, which is terrible!  I am pretty sure that doctors completely forgot what the Hippocratic Oath says and might need a refresher!

I apologize that this post may have seemed negative, but I am very frustrated with how awful health care is in the country I live in. I am not sure if I was just extremely naive before

and things have always been the way they are now or if something just went very wrong in the thinking of Americans! I guess I may never know.

Thank you so much for visiting my site today. I hope your weekend has been great and you are enjoying every moment of it. Even though this was kind of a rant of my feelings, I would love to read your thoughts on this topic. I promise to respond as quickly as I can! Please never forget that I am always sending y’all LOTS of love

, comfort and many positive vibes!

36 thoughts on “Things I never wanted to know!”