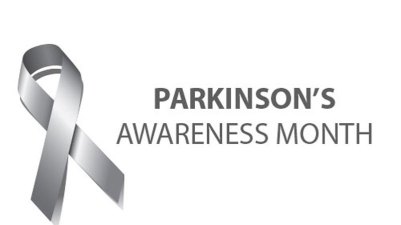 April is Parkinson’s Awareness Month. Two years ago, I did a couple of posts about Parkinson’s disease and why it meant so much to me to spread that awareness of this disease. Unfortunately, my stepfather was diagnosed with this disease and has been struggling for several years now. I am writing this to provide information about what this disease is, symptoms a person may experience, treatments available, the five stages to Parkinson, risk factors involved, and the importance of exercise to someone that deals with this disease. I also do dedicate this to my stepfather, Bob Rushing, who I think is a remarkable man and thankful for him to be in my life.

Parkinson’s disease is a chronic neurodegenerative brain disorder that progresses 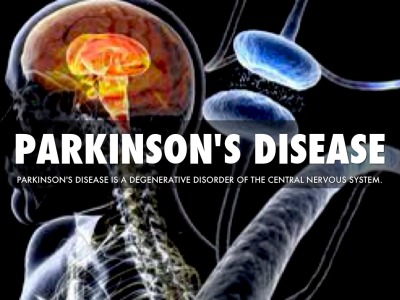 slowly. Men are 1.5 times more than women to develop this disease.  It begins with brain cells that are known as neurons, which control movement. As the neurons die or become impaired, the production of dopamine lessens, which causes movement issues. By mid-2020, approximately one million people in the United States will be living with Parkinson’s disease, which is more than the combination of people diagnosed with Multiple Sclerosis, Muscular Dystrophy, and Lou Gehrig’s disease. To really get the point across, there are about 10 million people worldwide living with this disease. Roughly, 60,000 American’s are diagnosed with Parkinson’s disease each year. I guess one reason why I understand my stepfather is because as you already know I live with

The signs and symptoms often start mild and once noticeable begin on one side of the body. The four main motor skills that can be affected are:

There are a few other early symptoms that could be noticed, which include:

The five stages with Parkinson’s disease are as followed- 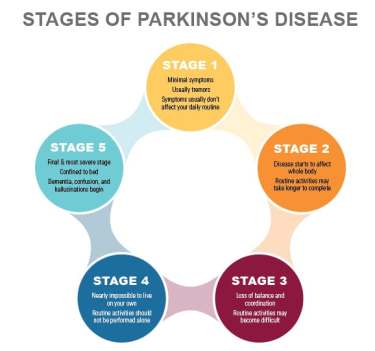 With everything we have already gone through regarding this disease, there is still much more to explain. I want to share with you the complications that are in addition to the typical problems a person with this disease may experience. The following are 10 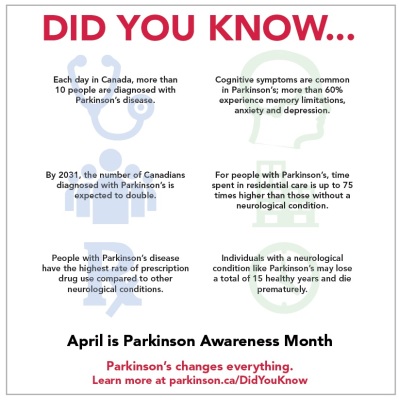 complications a person with Parkinson’s could experience, but each of these could potentially be treated:

Unfortunately, in 2020 there still isn’t a cure for this disease. Even if only temporary, there are options that could ease or even eliminate symptoms. Drugs that increase dopamine levels in the brain are beneficial. The main medication used for Parkinson is Levodopa, which makes dopamine restore the brain’s diminished supply.

Carbidopa, is commonly taken in addition to Levodopa to help prevent and reduce certain side effects, which include nausea, vomiting, lower blood pressure, and restlessness. 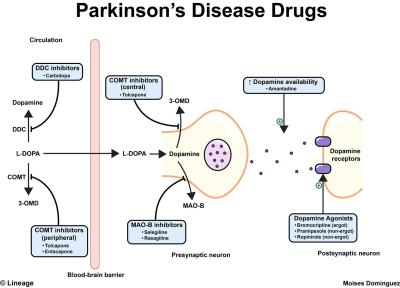 MAO-6 (Monoamine Oxidase Type B) is an enzyme produced in our body that breaks down numerous chemicals, including dopamine. It also offers benefits for motor symptoms of Parkinson and is useful in early treatments.

COMT inhibitor is a class of Parkinson medications that do not have a direct effect on the symptoms but is utilized to prolong the effects of Levodopa by blocking its metabolism.

Amantadine can be used to prevent and treat the flu. It also is used to treat Parkinson’s symptoms, such as stiffness and shakiness. 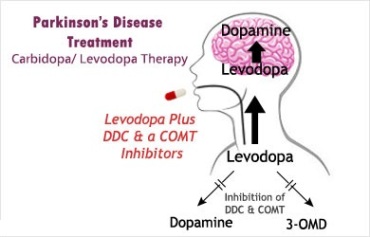 is a group of substances that block the action of the neurotransmitter acetylcholine (ACh) at synapses in the central and peripheral nervous systems.

There are numerous reasons why exercise is significantly crucial for those living with Parkinson’s disease. Researchers discovered that a person with Parkinson, who exercises at least 2 ½ hours weekly, will experience a slower decline. Exercise also assists with maintaining balance, mobility, and being able to continue doing daily routines.

Of course, exercises between each person with Parkinson will differ, but could include

things such as intensive sports training, treadmill training without body weight support, resistance training, aerobics, alternative exercises with things like yoga, leg extensions while sitting down, short walks with a friend, loved one, or even your precious dog, cycling indoors or outdoors, and anything else that can be done safely.

An individual with Parkinson’s disease can benefit in two different ways by exercising Symptom Management and slow disease progression.

Thank y’all for visiting my site today! I hope the information I have provided about Parkinson’s disease was beneficial and gave you a better understanding of this disease. It is possible the reason I can understand my stepfather is because of the challenges I face living with Multiple Sclerosis. I do realize that Multiple Sclerosis and Parkinson’s disease are different, but the two also have things in common. I can understand his frustrations

and the anger that comes with there not being a cure yet.

I hope you are enjoying your weekend, you are staying safe, and you are feeling well! During this tragic time people globally are experiencing, we have to try to remain positive because nothing good will ever come from holding onto negative feelings. Please never forget that I am always sending y’all LOTS of love