Can you believe there are only 3 days left of 2019? It seems like a lot has happened over the past year, heck there has been a lot of negative that has occurred over the past 3 years because of some people wanting to create as much hatred as they possibly could.

I do know there are some that would say I am cynical because I tend to blame most of what has gone wrong in the country I live in on one person in particular. Even though I do firmly believe that the president of the United States should not be in the position he is in, I do not think I am being fair blaming it all on him. The president did not get in the position he is in by himself, he had supporters that

believe ALL of his lies! Sadly it does not matter how many times what he says is proven to be a lie; his followers continue to blindly believe him. I do not think it is a far fetched idea to say that the president is the ruler of one of the worse and most evil cults in my lifetime!

I do try to not get too political with what I write about because it is a hot topic with many. Disagreements regarding different political beliefs cause so many problems between family and friends. Even though I may disagree with the thoughts of other, especially those that support Trump, I do still think we are all entitled to our own opinions. As strongly as I feel regarding the most if not all hot topics, I will never try to change someone’s mind because it is almost like trying to reason with someone under the influence. I mean seriously have you ever tried to talk to someone that is drunk and have that person be logical? It just isn’t

How are you planning to spend the last 3 days of this year? Do you have any fun plans to bring in 2020? I know that there are many people that want to go out “on the town” and celebrate with friends. I guess I am just getting old because I do not have a desire to go out and spend way too much money on alcohol and cover charges. I think it is far safer and reasonable to just bring in the New Year in the comfort of my own home!

Last year my husband and I brought in 2019 at home with our 2 adorable cats and my husband’s aunt and uncle. We had a great time and maybe spent about ¼ of 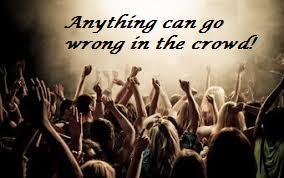 the cost we would have if we went out. I have always been a little skeptical about large crowds, but recently it has gotten much worse. There have been so many mass shootings over the past few years which have created a complete lack of safety. It is terrible when you do not even feel safe going to the grocery store because there might be someone in there with a gun and 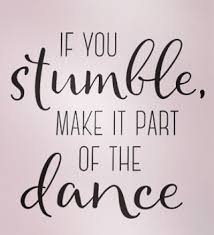 Thank y’all for visiting today! It is so crazy when you have so many ideas running through your head at any given time, but you just have to get all those thoughts out there! I hope you are enjoying your weekend and you are feeling well. Please never forget that I am always sending y’all LOTS of     love

, comfort and many positive vibes!