Good evening y’all! Before you continue reading, please beware this is a very emotional post with how I feel about what is going on at the moment. I do hope this does not offend anyone that reads. 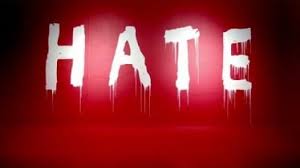 Hate is a useless emotion that can end up controlling our lives and what good does that really for anyone? Not a damn thing! I will never understand how anyone could be so incredibly full of hate and actually want nothing more but to spread those negative feelings to as many people as they can. Maybe I am the one in the wrong, but I feel we are ALL human-beings with a beating heart

and have real feelings!

If I am being 100% honest with y’all, even though I do my best to not allow hatred to take

control of my life, I failed miserably last night after watching a horrifying news clip. Seeing the way US Border Protection and Custom Agents are treating immigrant woman and children is disguising and that is putting it mildly. These people being detained are seeking asylum because of the dangers in where they are from.

I am at a total loss for words that anyone could watch what I did last night and it not leave them full of not only sadness, but pure rage. I sat here in tears for hours because I want to do something to help these innocent people. Woman and children being forced to live with a limited amount of food, water and place to lay their heads, is heartbreaking. It did get even worse than this because children are being separated from their parents and in turn have no one to actually care for them. Sadly the detainees are being treated worse than those in maximum security prisons and even being abused by US Border Protection and Custom

Agents. I would be able to understand what is happening much more if those being detained were causing harm to others, but all they are doing is searching for a safe place to call home.

I have several questions for these immoral US Border Protection and Custom Agents starting with, whose direction are you following? What has caused you to be so malevolent? How the hell would you feel if your wife, mother or child was treated in the horrific way you are treating

others? How do you sleep soundly at night and not be haunted with guilt?

For some reason I was under the impression that the United States of America was sanctuary country and was willing to help those in need, but unfortunately I was very wrong about this! There are actually 7 US states that are sanctuary states which include: California, Colorado, Illinois, Massachusetts, New Mexico, Oregon and Vermont. I want to clarify what sanctuary means. The term sanctuary jurisdiction refers to a city, country or state that has enacted policies that limit local officials’ involvement in the enforcement of federal immigration law. 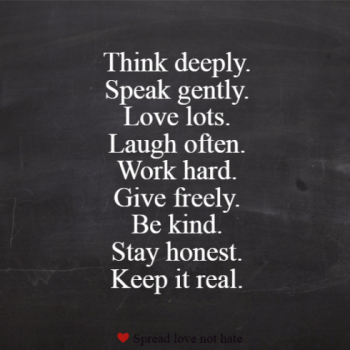 Currently I feel completely helpless with my desire to help those being harmed at the border. I told my husband I wanted to somehow send food, clean water, pillows, blankets, clothing, daily hygiene products and anything else these people could benefit from. It about broke my heart when he informed me that others have tried that, but the products never make it to those in need.

Maybe I am just way too emotional of a person, but my heart bleeds for those that I am unable to help. I do not know any of the people that are suffering under the care of US Border Protection and Custom Agents, but that does not mean a thing. These people are trying to escape their own

country because of the dangers they encountered and come to where they think they will be safe, but are still in fatal danger. I am having a hard time being okay with this and just saying “All well there is nothing I can do.” At the moment, all I am able to do is spread word of this terrible issue and hope for change.

Thank y’all for visiting my site and taking the time to read this highly emotional post. I do encourage your comments and promise to respond as quickly as I can,

but I am also not pressuring you to comment. I know everyone has a lot they are dealing with in their own lives and we all have our own opinions on everything, which is the way it should be! Please never forget that I am always sending y’all LOTS of love

34 thoughts on “How can this be happening?”