There are various things that are celebrated and or recognized during the month of June. I have already discussed Scoliosis Awareness because it holds a lot of meaning for me, considering my mother recently received this diagnosis. In the past I had worked with children that battled this disease, but I only knew and remembered the bare minimum about it. The research that I did recently was very interesting and I was glad I was able to share this knowledge with y’all. 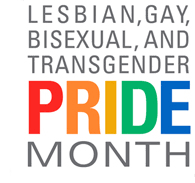 information about what this means and how the name came about. Pride Month is celebrated every year in June to honor of the Stonewall riots.  On June 28, 1969, police raided the Stonewall Inn located in New York City’s Greenwich Village area. This was the first major demonstration for gay rights in America and had a lot of support in doing so. The patrons at this bar were all gay men and drag queens that joined together to fight back against the police, which I find admirable! 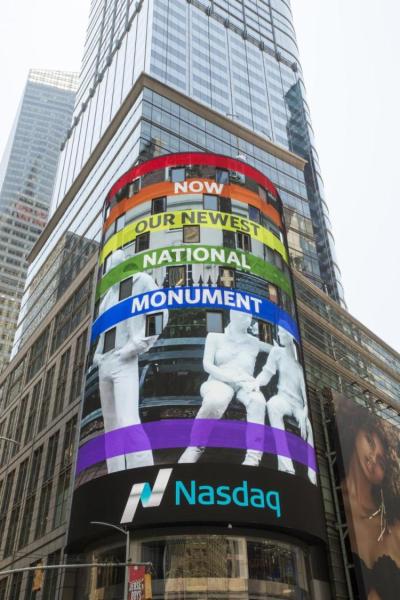 informative. For starters, the Stonewall Inn was operated by a mafia organization known as Genovese. This crime family viewed the LGBTQ community as a profitable group. During this time it was pretty much illegal to be a lesbian, gay, bisexual, transgender, or queer. I find the laws in place during this time were invasive and absolutely awful. There were actual laws on the books prohibiting same-sex public display of affection. The police would arrest a person for simply wearing too many gender related articles of clothing, which still makes absolutely NO sense to me. Gay-friendly bars were a problem because officials would actually withhold liquor licenses from the bars which of course caused a major problem for the bars. Once the Genovese organization purchased the bars, they would blackmail city officials to tip them off prior to a raid which gave them a chance to hide all liquor. Sadly, homosexual activities were deemed illegal in most states, but that only made bars like this a lot more appealing to the mafia! 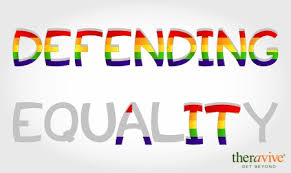 Brenda Howard, also known as the “Mother of Pride” is a bisexual activist. Brenda is the one that organized a march and other events to commemorate the one year anniversary of the Stonewall riot. Today Pride Month around the country includes educational and awareness events and even parties to celebrate gay pride.

For some reason on June 28, 1969 the mafia was not tipped off about the raid. The police allegedly targeted the Stonewall Inn for its lack of a liquor license and potential 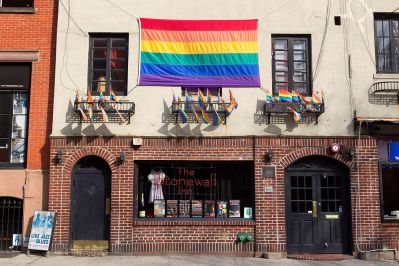 blackmail attempts on the gay attendees present. Not only did the police confiscate all the bar’s alcohol, but they arrested 13 people present for violating the statue on inappropriate gender apparel, which heck that could have been holding hands.

It wasn’t until witnesses saw an officer strike one of the patrons being arrested on the head when all hell broke loose. Patrons and residents lashed out with anything they were able to get their hands on such as bottles, stones and even loose change. With things getting a little out of control, there were even some thoughts of starting a fire. Crowds grew into the thousands rather quickly, which made the police scared for their own lives. I will be nice and not say how I feel about that kind of coward behavior. As more reinforcements arrived, crowds started to get under control during the first night of the riot.

On night 2 of the protest, things grew much more intense creating many more aggressive and hostile feelings from both sides. The level power that was felt was something that wasn’t seen before from the protestors, which made them feel their voices were finally being heard!

Several days after the protests had ended; the local paper “The Village Voice” published two demeaning articles. The homophobic slurs infuriated the protesters and once again they started their protests. Protesters took to the streets and this time it included the office of “The Village Voice”. If the newspaper had not been so ignorant and left things alone, there probably would not have been another massive protest.

During the many demonstrations, the protesters had decided to opt out of any kind of violence. Trying to keep things as calm and safe as possible, the protesters simply formed Rockettes style kick lines with the protesters on one side and police on the other, while chanting “Liberate the bar”. We all know that way too many protests lead to violence which NEVER solves the problem, but creates a lot more issues!

The Stonewall Inn is now a National Monument and considered an important and historic venue for the new era of gay rights. On June 24, 2016 former President Barak Obama made the inn and surrounding areas officially designated to National Park services for appropriate care!

During 1970, Martha P. Johnson who was a participant in the protest for the Stonewall Inn, started additional acts for the LGBTQ community. Martha started the Street Transgender Action Revolutionaries (STAR), which was an organization dedicated to helping the LGBTQ youth. Martha wanted to help those living on the streets who were also dealing with hateful and judgmental people. 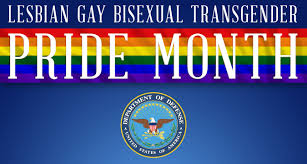 Today the Stonewall Inn is still in operation. Unfortunately patrons are still facing harassment from the police departments finest. It is possible I am being a slightly facetious because I just cannot understand what kind of person would attack another emotionally and or physically because of their sexual preference. I think y’all know by now that I strongly believe in treating everyone equally and with respect!

Since the riots the Stonewall Inn has changed several times. Just a few months after the riots had settled the Inn became a juice bar. Then between the 1970’s and 1980’s what

used to be the Stonewall Inn had become a bagel shop, Chinese restaurant and even a shoe store. To me it seems as though business in this location was not doing all that great and it is probably because of all the chaos that had occurred. In 2007 the owner decided to renovate the inn and once renovations were complete it turned back into a bar and club once again. This time there were no restrictions on who was allowed as it was open to everyone!

It really upsets me that in 2019 those that are part of the LGBTQ are still mistreated. Personally I have several friends that are part of this community and they are great people. These people are NOT harming anyone and just want to love who they love

without judgment! The United States have come a long way with how people are treated, but we can keep trying to do better and be better! We are all FREE      to

love whoever we want and should be respected when we make our choice.

Thank you so much for visiting my site today. I always appreciate and value your comments and do look forward to reading what you think! I hope you are having an amazing weekend and you are feeling the best you can. Please never forget that I am always sending y’all LOTS of love