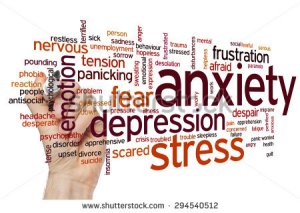 Everyone experiences anxiety in cases such as dealing with a problem at work, before taking a test or while making an important decision, which is all completely normal. When a person has an anxiety disorder it involves a lot more than just the temporary worry or fear. The fear and anxiety for a person that suffers with an anxiety disorder does not just go away, but can actually worse over time, which can be frustrating and scary. The feelings that are involved with anxiety can and does interfere with a person’s daily activities such as their job performance, school work and even their personal relationships.

Generalized Anxiety Disorder (GAD) is one that causes people to feel anxious and worried most of the time and not just on specific stressful situations like most of us deal with. The worries these people have tend to be intense, persistent and interfere with their normal lives. The worries will relate to several aspects of everyday life including work, health, family, and/or financial issues, instead of just one issue at a time which can be extremely overwhelming for anyone! Minor things like household chores or being late for a meeting or appointment become the focus of the anxiety and can lead to uncontrollable worries and fears!

Panic Disorder is a term that is used to describe panic attacks that are recurrent and disabling. Several ways a panic attack disorder can be characterized? 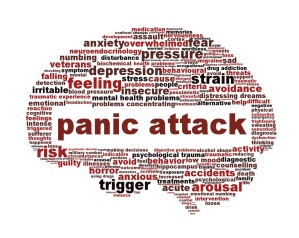 While experiencing a panic attack the person will feel overwhelmed by physical sensations. A panic attack typically peaks within 10 minutes and usually lasts up to an hour and a half, which will leave the person feeling tired and just completely exhausted. Panic attacks can occur several times a day or if the person is lucky maybe once every few years. Each person with this disorder can experience it in different severties.

Panic attacks are actually very common as up to 40% of the population will experience one at some point in their life.

Common signs and symptoms of a Panic Attack are:

Social Anxiety is also referred to as Social Phobia. Now we all can get nervous in social situations, especially when we are meeting new people or if we have to give a speech, but we somehow manage to pull through those uncomfortable situations. When people who have social anxiety are faced with similar situations it can lead to very intense anxiety, which can be extremely overwhelming. Even in the most ordinary everyday situations, people with social anxiety may fear of being judged, criticized, laughed at or humiliated in front of others.

Post-Traumatic Stress Disorder (PTSD) is often heard of when soldiers come home from war, but it can happen to anyone that has experienced a traumatic event in their life time. A traumatic event could be a car accident or another serious accident, physical or sexual assault, war or torture or a disaster such as a fire or flood. After a traumatic event a person may feel intense fears, helplessness or horror. Even though anyone can develop PTSD after a traumatic event, people tend to be at a greater risk if the event involved deliberate harm such as physical or sexual assault or they had repeated traumatic experiences such as childhood sexual abuse, especially when done by someone they knew and were close to. 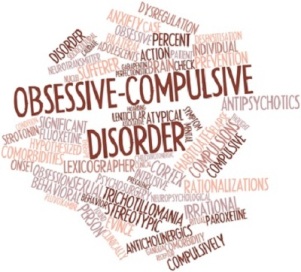 Obsessive Compulsive Disorder (OCD) can create unhealthy patterns of behavior that may cause difficulties in normal daily functions. A person without OCD could be leaving their house to go to work or another type of outing and start thinking they left the lights on, which will cause them to go back inside to check the lights quickly. However, a person with OCD in the same situation will go back home to check the light, but feel they need to check the lights repeatedly before they are comfortable to leave again.

There are various signs and symptoms of OCD that I am going to share with you.

I would like to thank y’all for taking the time to visit my website today and I hope this information was a true benefit to you! As I said earlier in the month, May is Mental Health Awareness Month and I wanted to share as much information as I can about the different illnesses that people could be faced with. It is so important to be as understanding as you possibly can when dealing with people because you really never know what they are battling in their lives.

I hope y’all had a wonderful weekend and were able to do everything you wanted to do! Getting ready for a new week can be exciting to have new opportunities or it can be upsetting as you just do not want to go back to work! But, however you are feeling try finding the positive in what a new week can offer you! Remember good thoughts create good vibes for everyone!! As always I am sending you lots of love and comfort!

36 thoughts on “Anxiety Illnesses are Real!”