What a way to start the week! It is official, I am back on the Gilenya. I had a doctor at my house a little before 9 am this morning and his assistant came a little bit after that. I immediately liked the doctor that came out, but could have done without the assistant! The doctor was a very sweet and gentle older man who both of my cats even liked. The assistant had a bad start because she got lost getting to my house, even with GPS, and was so frazzled she was just extremely abrupt. As I said yesterday, I was told all I would need to provide was a work space for them, which I did, but she thought she should be able to sit in the living room and watch TV. I never actually said no you can not sit in the living room just watching TV, I just said I was told to provide you a space that you could work in. She ended up being allergic to my cats and left for a few hours to get medication for it and then sat in her car until the last few minutes, which was really okay with me!

The first thing that was done this morning was, the doctor asked me a few question about any medications I was on and if I had any heart troubles. After that the assistant performed an EKG on me and did vital signs. Once everything checked out with the EKG and vitals, I was able to take the first dose of Gilenya. For the first hour and a half my vitals were checked every 30 minutes but then changed to every hour. During the course of the 6 hour monitoring I chatted with the doctor some. I found out that his wife has MS, he is working on retiring, he  once worked at the VA hospital and now works 2 days a week at an Urgent Care. The last part of the monitoring was one last EKG and vital signs. The doctor did have the assistant do the last EKG twice because there was one thing that he said was very active, but the second time everything checked out. Considering I was on this medication for 6 years before, I am really not concerned about any side effects or serious issues. I know that most antibiotics have an interaction and any vaccines can cause serious problems, but I know there is one antibiotic that is safe and I do not get vaccines or the flu shot as is so this will not be a problem for me!

In a way I am glad that I made the decision to go back on Gilenya because I was pretty much flare up free while I was on it previously! I really am hopeful right now that this illness will be under control and stop causing me issues. I do not know and no one can be sure if the damage that the new lesions has caused will get better or they are permanent, but I have to remain positive. I have always been so terrified of not being able to walk as 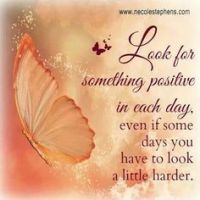 normal as I always have and needing some sort of assistance, but there really is no use thinking about any what ifs. I can be honest with myself that right now things are not as I wish they were because I have a lot of pain and my legs and feet do not want to corporate all the time, but there has to be a bright side beyond this cloud of darkness. Life is not always as we planned and there are times when adjustments must be made, but that does not mean weakness or suggest you should feel any shame, it is just doing what you have to do.

Right now I am planning to return to work on Thursday. But for the first two days I am only working 4 hours and next weeks hours will be contingent on how I heal. I know the Gilenya will not work magic in a week but hopefully continuing to be on it will be effective in my progression!

I hope y’all had a good start to the week and are having a good evening! I appreciate all of you that have been encouraging as I started back on Gilenya. I have received many emails allowing me to have great conversations with so many people! I do sincerely hope that my posts help you as much as your comments help me! Take Care!!!